It was not love at first sight. In fact the first words my husband ever said to me were, “You’re singing that wrong.” I was a freshman in high school and he was senior. We were paired up to sing a duet together in the fall musical review. Not only did he criticize my singing technique, but on the first night of the show he was late getting on stage, and on the second night he completely forgot the words to the second verse of our duet.

It was with great confidence I announced to my mom (and several other people) I would never date or marry Matt Olson. This statement was brought up several times during our wedding ceremony.

Since Matt was a senior he graduated that year and went to college. I continued my high school experience without giving him much of a thought. He was the second oldest of seven boys and one of his younger brothers was the same age as me. We sang in choir together and performed in musicals. I would see Matt at those events when he came to support his younger brother. Matt’s mom is very talented and writes musicals. I spent my high school years and a few after performing in her productions.

That is where our paths crossed again. This time, six years later, we were both different people. In high school Matt had made it quite clear to everyone he met he was never going to get married. I had a couple of boyfriends in high school. The second one had left my heart broken and bruised. While attending a church service after he graduated from high school, Matt had a change of heart about marriage. And after my heart healed from its wounds I was feeling content and enjoying life.

One evening after performing in one of Matt’s mom’s musicals, I stood up on a pew and announced to the room I wanted someone to take me out on a date. It’s slightly embarrassing to tell that part of the story, but I was being silly and having fun. Unfortunately, I didn’t think before I spoke, and I was offered a date by someone I didn’t want to go out with. Thinking on my feet, I retorted that it needed to be an “Olson Boy,” because they knew how to take a girl on great dates. Matt, who was running sound for the production, just laughed at me from the back of the room. After striking out I got down from the pew and proceeded to pack up my stuff and head out to my truck. It was tradition for the cast to eat at Shari’s Restaurant after our shows, and I was planning on heading over there for some food.

When I got to my truck, parked next to it in his sporty car was Matt. He asked what I was doing the next day. I thought maybe he was going to take me out on a date. He had other plans. He wanted to drive out to the beach that night, and he wanted to make sure I didn’t have something important in the morning because we would be out late. I called my parents to let them know where I was going. I was living at home at the time, and I didn’t want them to be worried. Then I jumped in Matt’s car and our first date began.

We stopped first at the restaurant and ate dinner with the cast. Then we took a moonlit drive out to the beach. This was the first time we talked, really talked with each other. Sitting in the passenger seat of the car that night I knew I was talking to the man I was going to marry. And I was so mad about it! I had told people for years I would never even consider dating him, and here I was dreaming of our life together. We walked on the beach and then made the drive back home.

He parked next to my truck which was still at the church where we had performed the musical earlier in the evening. Now this is the part of the story where our versions are different. But trust me when I tell you mine is the truth. I thanked him for a lovely evening and kissed him on the cheek. I never, ever in my wildest dreams thought of kissing him on the lips that night. I knew he hadn’t kissed anyone yet and was waiting for the girl he was going to marry (I know, so sweet). I knew I wanted to marry him, but I had no idea how he felt about me. He will tell you I kissed him first. He is lying. He then leaned down and kissed me. Then he pulled back and said, “That was my first kiss.”

Then I said, “Oh, we can do better.” Then I kissed him back! I know, I know kind of forward of me, but so worth it!

We started officially dating a couple of months later. He made me wait two years before he proposed. Since I knew I wanted to marry him from the first date, two years felt like forever. I remember walking down the aisle the day of our wedding. I was so excited. I wanted to run straight to him. My kids have asked me many times how I knew he was the man for me. I tell them, I wasn’t afraid. There was no hesitation, only peace in my heart.

Just a few months after we started dating, I began the process to adopt our oldest daughter. That is a story for another day. The important part for now, is I knew I was supposed to be her mom. This meant I needed to tell Matt. At that point in time I loved him, but we weren’t anywhere near getting married. If he chose to continue a relationship with me, it would mean becoming a dad even before we were married. This was the conversation in which he could have walked away. It was the moment I gave him a way out.

Yep, he was the man for me. Fifteen years later he is still the love of my life. There is no one else I can imagine living with in Crazyville. 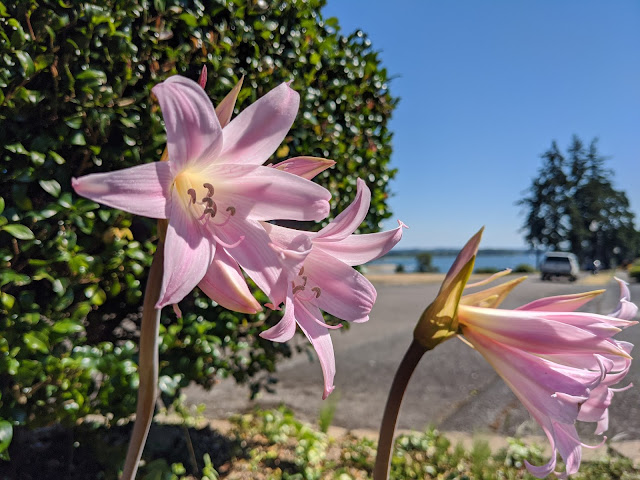