The Day I had a Meltdown at my Daughter’s School 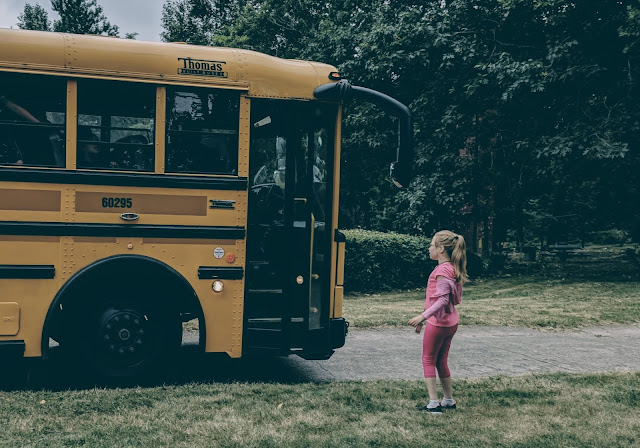 The school drop-off and pick-up line at my children’s school has a way of bringing out the worst in me. I am a rule follower by nature. I’m the kind of person who gets in the right line and follows the cones and signs, and it drives me crazy when other people don’t. I confess, I sometimes assume the worst about those people.

I’m also the kind of person who does not like to sob uncontrollably in public. Now don’t get me wrong, I get teared up and choked up all the time. I can’t watch a Pixar movie preview, or YouTube video about a military parent surprising their family without getting tears in my eyes. I have had tears run down my cheeks listening to a beautiful song or chatting with my best friend about life on her couch. I’m talking about weeping in public. The kind of crying where I can’t make intelligible sentences, and my face gets all red and puffy. That kind of crying in public I strive to avoid at all costs.

It was the perfect storm when I fell apart during pick-up one day at my daughter’s school. If you follow my blog you know one of our kids, Joy, has special needs. This means she needs specific education that is provided by a self-contained classroom. We live in a town with three elementary schools, but only one of them has the kind of class for Joy’s needs. Normally where you live in town determines which elementary school your kids attend, with the exception of kids who need the self-contained special education class. All of those kids go to the one school that provides that classroom.

As luck would have it, we live in a different boundary area than the one school that has the special class for Joy. The first year she was our daughter, I would take the other kids to one school and she would ride the bus to another. Then the second year, the school district gave us the option to have all of our kids attend the same school as Joy. This was such a huge blessing, and one I am still thankful for. The only catch was there was no school transportation provided for my other kids, (no bus) and I would need to drive them myself. Transportation would be provided for Joy, but not the other kids.

I accepted the offer because I loved the idea of all of my kids going to the same school. Joy loves her siblings and they love her. The opportunity for them to see each other throughout the day and for her life to feel less separate was such a wonderful idea. That part of it has been everything I hoped it would be. I hear every day from the kids where they saw Joy and how they enjoy that. She often gets to play basketball at recess with one of her brothers which is something they both love. And honestly I thought if I could just explain to the right person in authority how it would be beneficial to everyone that Joy’s siblings get to ride the bus with her, they would agree and let them on the special bus. I was wrong.

So, I had to figure out what to do. Since the elementary school is across town, one of my biggest concerns was I wouldn’t be home in time to meet the bus for Joy after picking up my other kids. My first attempt at arranging transportation was to drive everyone to school and pick everyone up. The dropping off at school worked great. Someone from Joy’s class would meet me outside in the pick up line and take Joy in. Everyone arrived at school together and went in together. It worked beautifully. Pick up from school turned out to be a different story. The original plan was for someone from Joy’s class to meet me out front to pick her up with her siblings. The front of the school is a very busy place during pick-up. This proved to be way too stimulating for Joy. She ended up causing quite the scene every day when it was time for pick-up. Having a meltdown in the front of the school with lots of people and cars became a safety concern. So we brainstormed another idea.

Since pick-up is supposed to take place out front and only buses picking up from the back, we thought it might be a less stimulating environment to pick up Joy. This is where my rule following heart had trouble because the back of the school ended up not being what I pictured. There were many parents who parked in the back to pick up their kids. I would watch as their able bodied children would walk with them to their cars. Their cars that would line the street making it so I would need to either arrive twenty minutes before school got out or park up around the corner and walk to the school. When Joy didn’t want to leave school or was yelling she wanted to ride the bus while laying on the ground, I would need to pick her up and carry her all the way down the street. What made it even more fun were rainy days. There were so many times I carried her while she was kicking and screaming in the pouring down rain with my other kids trailing behind me past car after car (with kids without special needs) to reach the van. And on those days I would try to wipe away my tears as quickly as possible so other people wouldn’t notice and in hopes I wouldn’t upset my children.

On one such day, I pulled into the back of the school later than I tried to usually arrive, to find the street full all the way around the corner. The thought of carrying Joy was just too overwhelming that day. I had spent the morning advocating for services for her, and I was tired. I saw a car in a spot right next to the back gate, and it looked empty. I thought perhaps it was a teacher and maybe if I parked behind them I could get Joy in the van and be gone before they even came out of the school. I pulled up and jumped out of the van. As soon as I started to walk I heard a lady ask me how long I was going to be parked there. I realized in that moment the car wasn’t empty, I just didn’t see the person. I sighed and started to walk around to my van to go find another parking spot. I could hear her say, “You don’t have to be rude.” Something inside of me snapped, and I started sobbing. I looked at the woman and tried to explain I wasn’t meaning to be rude. I just needed to pick up my daughter. I was mostly incoherent so I’m not sure she even understood what I was saying. I do know she was upset by my tears and she started apologizing. Then I started apologizing for making her feel bad. It was a mess.

I went home from the school that day and called the district office. I told them Joy would need to start riding the bus home. I can’t even begin to describe how defeated I felt in that moment. The reason for all of the kids going to the same school was so Joy’s life wasn’t so separate. Yet, here I was making separate arrangements for her. It hurt my heart. There is a sadness that comes to a mama’s heart when one of her children can’t participate in life the same way others can.

I’m so thankful McBride is a school all my kids can attend together. I’m so thankful for services like our support worker from Developmental Disabilities who helps us take Joy on outings. I’m thankful for my other children who accommodate and accept that going places with Joy can be challenging. I’m thankful for many things. I’m just still sad sometimes when my whole family can’t fit into the world’s mold. And to be frank, I still get frustrated when I watch people break rules because it’s inconvenient for them. Rules I wish my family could follow. I would love to be able to drive up in the line at school and pick up all of my kids at once.

I write all this for a couple of reasons. The first one is to remember to be kind. The woman in the car I parked behind assumed I was being rude. In reality I was an exhausted and broken mom. And I could have easily been that woman on another day, making assumptions about people I see. We don’t know what kind of day another person is having. We don’t know what battles they are fighting.

The second reason is a gentle reminder to show a little kindness to families with kids with special needs. Perhaps you can park farther away because your children won’t have difficulty walking to the car. Not because you have to, but just because you can. You never know the mama whose heart you may be saving by that small act of kindness.